We’ve made staggering progress in maternal health in Bangladesh. Where next?

Note: This post was originally published on BRAC Blog 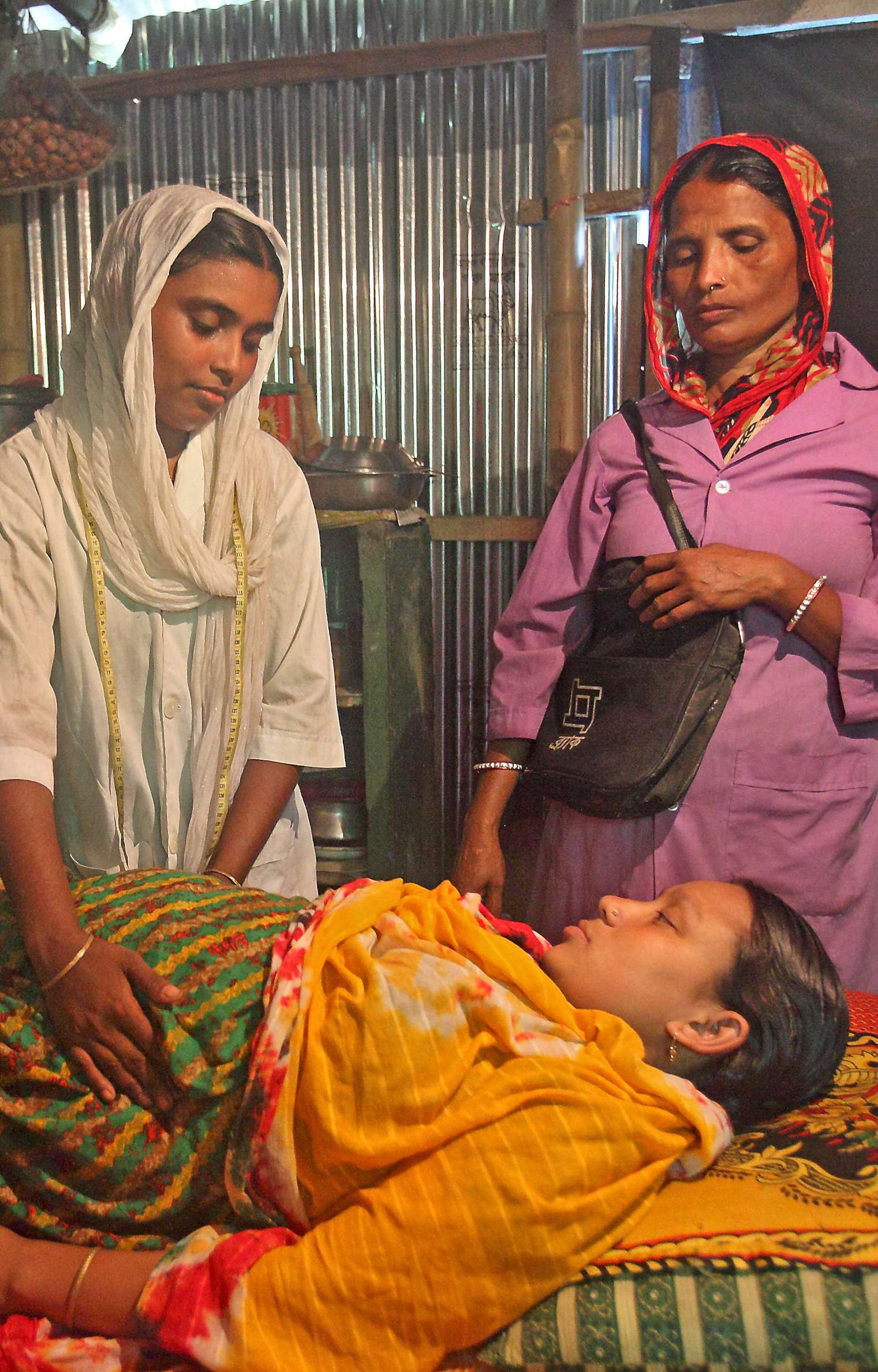 The patient, pictured here with a birth attendant and a community health worker, is an active participant in her own well-being. Photo courtesy: BRAC

Not long ago, Bangladesh had one of the highest maternal mortality rates in the world. In rural Bangladesh, an expectant mother’s chance of survival was grim, with 500 to 600 women for every 100,000 live births in the country dying from complications during childbirth in 1990.

In the last 20 years, Bangladesh has made progress of historic magnitude – “some of the biggest gains in the basic condition of people’s lives ever seen anywhere,” in the words of The Economist. Maternal mortality has dropped sharply and steadily, from 574 per 100,000 in 1990 to just 194 in 2010, while other indicators like neonatal and under-five mortality have also fallen.

While those numbers are still too high (in many developed countries, the rates for all are in single digits), the change is still staggering. Bangladesh is close to reaching the fourth and fifth of the UN’s Millennium Development Goals regarding child and maternal mortality.

How has Bangladesh come so far in just two decades? In my book Discoursing Health Care: Experience from Bangladesh, published in 2000, I wrote that a rural woman’s knowledge of childbirth evolves naturally from her own environment. It doesn’t always come from hospitals or the provision of Western forms of healthcare. In areas where hospitals cannot provide services, where a woman is left with the task of managing her own health and well-being of her children, we need to come to terms with that reality.

Our experience in Bangladesh shows we can do that by giving an expecting mother the tools necessary to take charge of her own body. We can do it with simple but game-changing innovations that take into account the environment in which most women give birth – at home, far from the nearest hospital.

One tangible example at BRAC, the development organization where I work, is the delivery kit, a small packet containing only the necessary tools for childbirth; soap for hand-washing, a surgical blade for cutting the umbilical cord and a thread to tie it, a plastic sheet to create a sanitary surface, and gauze for cleaning the newborn’s eyes, ears, nose, and mouth. Since 1999, we’ve manufactured over 2.6 million of these kits. They sell for the equivalent of less than 50 US cents. One review of 30 studies showed clean birth practices substantially reduce neonatal mortality and morbidity from infection-related causes.

But what’s more important than any single product is the development of knowledge at the community level. As Vanora Hundley, an associate professor at George Mason University, has pointed out, the usage of birth kits should be part of package that includes training and knowledge interventions. The training of community health workers and birth attendants embeds local expertise in the villages and slums. The first frontline community health workers, called shasthya shebika in Bengali, are not employees of BRAC, but self-employed women who act as care-givers for their neighbors, selling basic but essential goods and services. In Bangladesh, there are already more than 97,000 shasthya shebika assisted by thousands of trained birth attendants.

Thanks in part to the support of the Bill & Melinda Gates Foundation, these maternal health programs cover an astounding 25 million people in both rural and urban contexts, providing a continuum of care – ensuring trained birth attendants are there during delivery, and supporting emergency referral of maternal and newborn complications to hospitals. Health workers and family members increasingly use cell phones for referral support.

Today the approach is spreading. Groups like the Frontline Health Workers Coalition in the U.S. are advocating for better community-based health care to fight global poverty. In the six other countries where BRAC has maternal health programs, thousands more community health workers are active.

These women are bringing change to their own communities in places like South Sudan, which has the highest maternal mortality rate in the world, at more than 2,000 per 100,000 live births; and Sierra Leone, where the maternal death rate is 890 per 100,000, roughly on par with Bangladesh in the 1980s and the fourth worst in the world today; and to Liberia, Afghanistan, Pakistan, and Uganda.

We’re optimistic for the future in difficult places like these because of the progress we’ve seen in our own country. Done right, maternal healthcare puts the expectant mother where she should be – not as a patient in a passive role, but as an active participant in her own well-being. Our goal is an environment for safe childbirth with an empowered woman at the center, able to make the right choices for herself and her newborn child.

Dr. Kaosar Afsana is the director of BRAC’s health program.