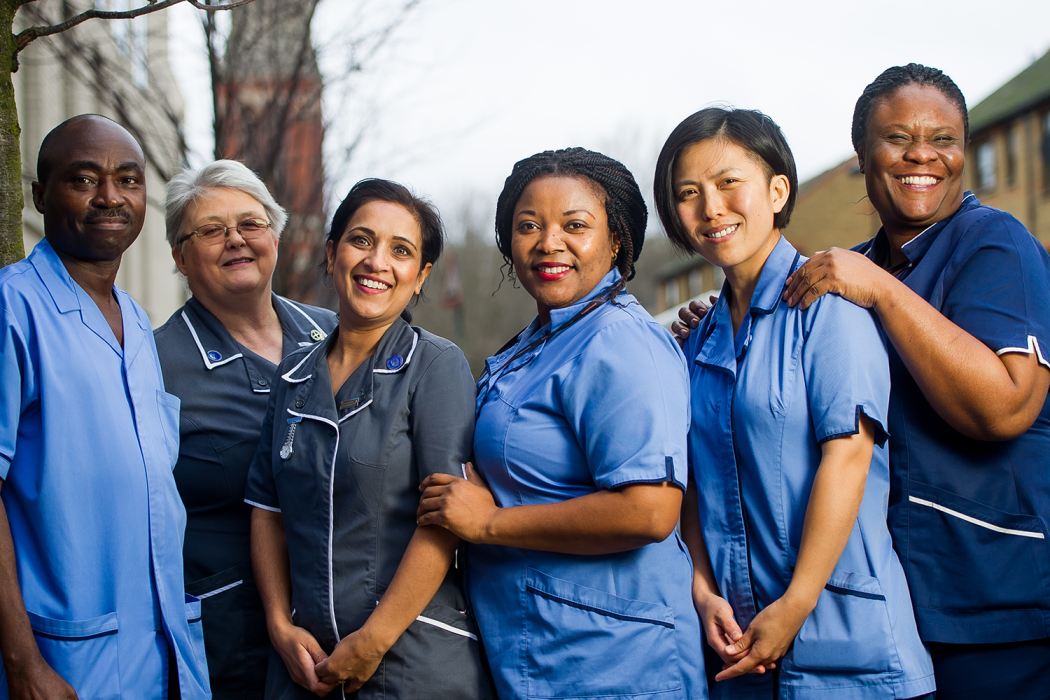 This month at the 2019 International Council of Nurses Congress in Singapore, a diverse international cohort of nurses gathered to discuss how to dismantle the gender-related barriers nurses face in rising to leadership positions.

During one session—called Into the Future: Leadership Skills for 21st Century Nurses—they addressed unpaid care, the glass ceiling and glass escalator phenomena, the lack of decision-making power for nurses, and low self-confidence among female nurses.

Why are female nurses kept out of leadership while male nurses shoot to the top?

Like many women in any industry, female nurses have reported that they struggle to balance unpaid care responsibilities at home with their duties at work—a struggle that’s often compounded by irregular hours and the international nature of global nurse leadership. But even when that’s not the case, employers have often assumed that the female nurses on their staffs have extensive care responsibilities at home and, as a result, do not consider them for leadership positions.

One respondent in the new report, Investing in the Power of Nurse Leadership: What Will It Take?, said:

I was once overlooked for [a] middle management job as I was of childbearing age, even though single and deemed “infertile” by doctors. The successful candidate was [a] similar-aged married man who was undergoing IVF treatments with his wife! I left the organization rather than challenging it.

Many female nurses end up having to decline professional development opportunities due to care work at home. In fact, conference participants agreed that, if they did not have supportive spouses or family members that were willing to help, they wouldn’t have been able to attend the conference.

This puts female nurses at a huge disadvantage. It keeps them out of prominent leadership positions by preventing them from growing their professional circles and seeing examples of female nurses who influence high-level policies.

Female nurses experience both a glass ceiling (the invisible barrier preventing them from moving into top leadership positions) and a “glass escalator” (wherein men who start in the same positions rise to higher ranks faster and more easily). Even though women comprise up to 95% of nurses in some countries, they often hold only 25% of leadership positions.

It’s certainly not a problem of supply, given the sheer number of female candidates—so why are female nurses kept out of leadership while male nurses shoot to the top?

In some cases, it comes down to the false perception that women naturally express themselves emotionally while men express themselves logically, setting them up to be better leaders. This perception damages both women and men—emotional intelligence is important for any leader, and the assumption that men don’t have it can set them up for failure. And for women, it leads to a “competency bias,” wherein women are required to provide extra evidence of ability and skill to achieve the same positions as their male peers.

One male participant said that female nurses should simply learn to speak out.

Some participants at the session said they’ve never experienced this phenomenon—two explained that, in Singapore, there are explicit protections against this sort of thing and that all leadership positions at their organization are held by women.

But we saw the bias play out in this very session. One male participant insisted that if women learned to communicate with logic, they would naturally flow into the top brass, but that it’s not in their nature to lead.

Data from the report show that most nurses do not have decision-making power in their work, especially over budgetary decisions. In clinical settings, this is true for both female and male nurses, and it causes tension with other cadres of health workers. Nurses are, like other female- dominated professions across the globe, undervalued and underrespected. They are routinely seen as servants for doctors, and the stereotype of doctors as dominant is a major factor in preventing nurse leadership.

Participants at the session said it was important for their managers and supervisors to act as advocates for nurses within their organizations. Some also pointed out that young nurses, who seemed more confident in advocating for themselves, also benefit from nurses with more experience speaking out in their behalf when their authority wasn’t being taken seriously.

Most respondents in the Investing in the Power of Nurse Leadership report indicated a desire for training in public speaking, confidence-building, and policy-making to enable them to influence policy decisions. But often the onus to change is put on nurses themselves, such as during the session in Singapore, when one male participant said that female nurses should simply learn to speak out.

However, that thinking ignores the structural barriers that create an environment where women learn to keep quiet. During the session in Singapore, female nurses told us about times when they tried to assert themselves at work only to be reprimanded or lose their jobs.

We must overcome and dismantle the gender-related barriers to women in health care jobs.

Our health systems need reform to allow female nurses to assume the authority they’ve earned. In Singapore, some suggested that such reform begin in schooling and training, incorporating confidence-building and public speaking into the curricula.

Women make up 70% of the health workforce worldwide. If we are to achieve universal health coverage and avert the anticipated shortage of 18 million health workers by 2030, we must overcome and dismantle the gender-related barriers to women in health care jobs. The International Council of Nurses Congress is one step toward meeting these goals by uncovering what nurses need to succeed. It’s up to the rest of us to make sure these barriers aren’t in their way.

Investing in the Power of Nurse Leadership: What Will It Take? was authored by Constance Newman of IntraHealth International, Barbara Stilwell of Nursing Now Global, Samantha Rick of IntraHealth, and Katia Peterson of In Situ Research, LLC.

This post was originally published on IntraHealth International's VITAL Blog.