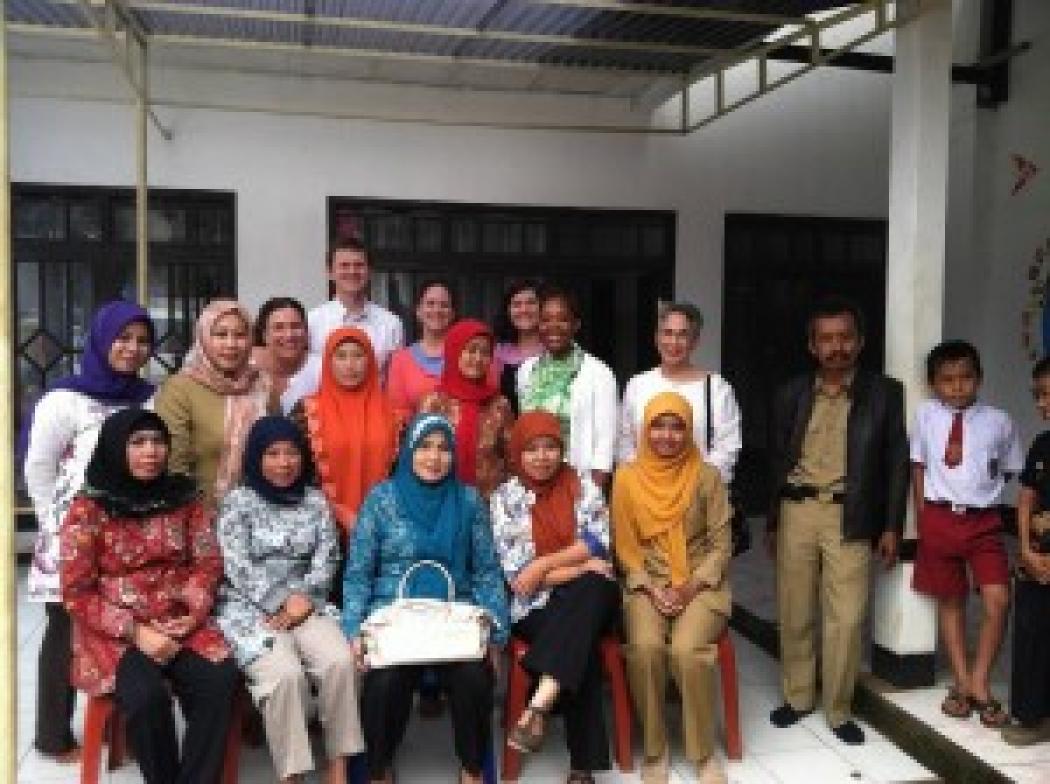 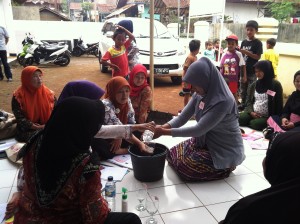 On the first day of our trip we visited a free prenatal education class sponsored by the Sederhana Berdampak Luar Biasa (SELARAS) program. It was the first of four monthly sessions in which the women would participate. Two midwives led the one-hour-long class, referred to by participants as the mothers’ group. Through song, the mostly first-time mothers bonded. They sang, “In one hour we're having our mothers’ class. In one hour we're going to be smarter. In one hour we're going to have fun. In one hour, we're going to have a healthy pregnancy." During this particular session, the mothers learned about the spread the bacteria and the importance of proper hand washing.   As the curriculum for the mothers’ group is still fairly new, there have not been any women to enroll in the group during more than one pregnancy. However, not all of the group participants were pregnant for the first time. One mother, currently pregnant with her second child, said other women encouraged her to join the group. She spoke of how a midwife taught her about exclusive breastfeeding during her first pregnancy. The information she received motivated her to breastfeed that child for two years. She thought the information on breastfeeding was beneficial and decided to come to the mothers’ group to gain more beneficial information. Since its inception, 14 mothers’ groups have occurred. About 80% of pregnant women in the community come to the group. According to the midwives, one of the greatest successes of the group is the development of community engagement. For instance, a “community car” has been established as a volunteer transport service. At any hour, there is a designated car and driver for women without access to cars. On their designated day, men in the community drive laboring women to the local puskesmas, or clinic. While the men enjoy this aspect of community engagement, one of the challenges faced by the group is the lack of attendance by fathers. One midwife stated that while it is difficult to get fathers to attend the group, they support the women’s attendance. An additional challenge is getting the women to move from the idea of a traditional home delivery to acceptance of delivery in the puskesmas, using a skilled birth attendant. 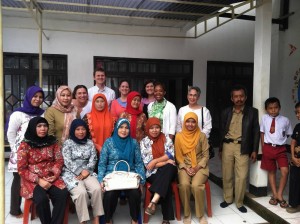 Currently, there are only seven skilled birth attendants in the community. These health workers are responsible for the care of 4,000 people, including 800 children under 5. Two traditional birth attendants remain in the community and are working to increase comfort with receiving care from skilled birth attendants. In order to do this, they refer pregnant women to midwives and resist caring for the women themselves. In this sense, traditional and skilled birth attendants are working together to ensure the best outcomes of the mothers and babies in their community.     These frontline health workers are engaged in life-saving work, but they can not do this work alone. When asked what could help her to better do her job, one midwife replied, “Capacity building from the government, … more support from the government to encourage women to deliver at skilled health facilities.” Continued United States government-support of frontline health workers will help to ensure that these health advocates are prepared to provide optimal care to the pregnant women in their communities. I look forward to learning more about the practices of frontline health workers. Visiting Indonesia made it clear to me that, in every part of the world, mothers want the best health outcomes for themselves and their children. A mother’s love is universal.