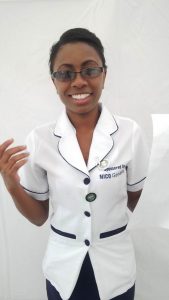 The vital contributions of midwifery for women and newborns to survive and thrive is well recognized. The 2014 Lancet Series on Midwifery proved the case for a renewed commitment to midwifery that is often overlooked in healthcare systems. The Lancet research supports “a shift from fragmented maternal and newborn care provision that is focused on identification and treatment of pathology to a whole-system approach that provides skilled care for all.”

According to the UNFPA “State of the World’s Midwifery 2014” report, midwives can provide up to 87% of the care needed by women and newborns. Evidence shows that care provided by midwives is cost-effective, affordable and sustainable. According to the Lancet, the “return on investment from the education and deployment of community-based midwives is similar to the cost per death averted for vaccination.” Midwifery care is thus crucial to the successful achievement of the Sustainable Development Goals (SDGs), and midwives are an important resource which has been underutilized globally in securing better outcomes for mothers and babies.

As such, White Ribbon Alliance (WRA) is working with partners HP+, USAID and others to raise awareness about the importance of midwifery. As part of that, WRA recently trained 30 midwives in Malawi as citizen journalists with the goal of having a stable of midwives who could report on the issues facing them as health professionals and the mothers and babies they care for. This story comes from WRA Malawi Communication Officer Enock Mnyenyembe, who helped train the midwives and continues to collaborate with them to raise awareness in Malawi.

The Government of Malawi committed to achieving the SDGs by 2030 at the United Nations General Assembly in September 2015, but is struggling in its efforts to achieve quality and accessible health services in accordance with the SDGs. A number of challenges exist, including the need for women to travel long distances to health facilities, shortages of drugs and trained staff, and an inability to retain staff due to poor pay and basic motivations.

A survey commission by WRA Malawi revealed an acute shortage of bedside midwives, defined as midwives who spend more than 75% of their time working in their midwifery capacity. The survey revealed there are only 3,420 bedside midwives in the country to serve about four million childbearing women and called for an additional 20,217 midwives to reach the World Health Organization (WHO) recommended ratio of 175 pregnant women to one midwife.

According to Mtondera Munthali, the Safe Motherhood Coordinator for Mzimba North District Health Office, only 43% births are attended by skilled birth attendants in the district. Another way to look at that startling figure: 57% of women are putting their lives and the lives of their babies at risk, delivering at home or on their way to the health facility. Georgina Phiri is one such mother.

For Georgina, who lives in Mzuzu City, which is part of Mzimba North District, the Mapale Health Centre is the only public health facility in her surrounding area that offers primary health care. This small facility typically has 300 deliveries per month. Its midwives are often doing the work of a large district hospital, overseeing pre- and post- natal care, outpatient care and deliveries. Munthali and her fellow midwives have an increased workload due to conditions like this, that exist throughout the country.

Georgina, like many women, lives far from the health facility – about 10 kilometers – and began her long journey as soon as her labor pains started. She did not make it and ended up delivering her baby on her way to the facility, where she lost a lot of blood and fell unconscious, leaving her accompanying family in a panic to get her to the clinic. Georgina would’ve gone earlier, but the facility does not have the capacity to keep women overnight, compromising care and creating dangerous scenarios, like Georgina’s, who was lucky: she and her baby survived. But many others do not.

WRA Malawi is leading the multi-year campaign “Happy Midwives for Happy and Healthy Women” that focuses on advocacy for increased midwifery positions throughout the country and to ensure that no matter where a woman lives, she can expect and receives quality, respectful care, and ultimately, improved health outcomes for mothers and babies.