Leading the fight against hunger in Sierra Leone 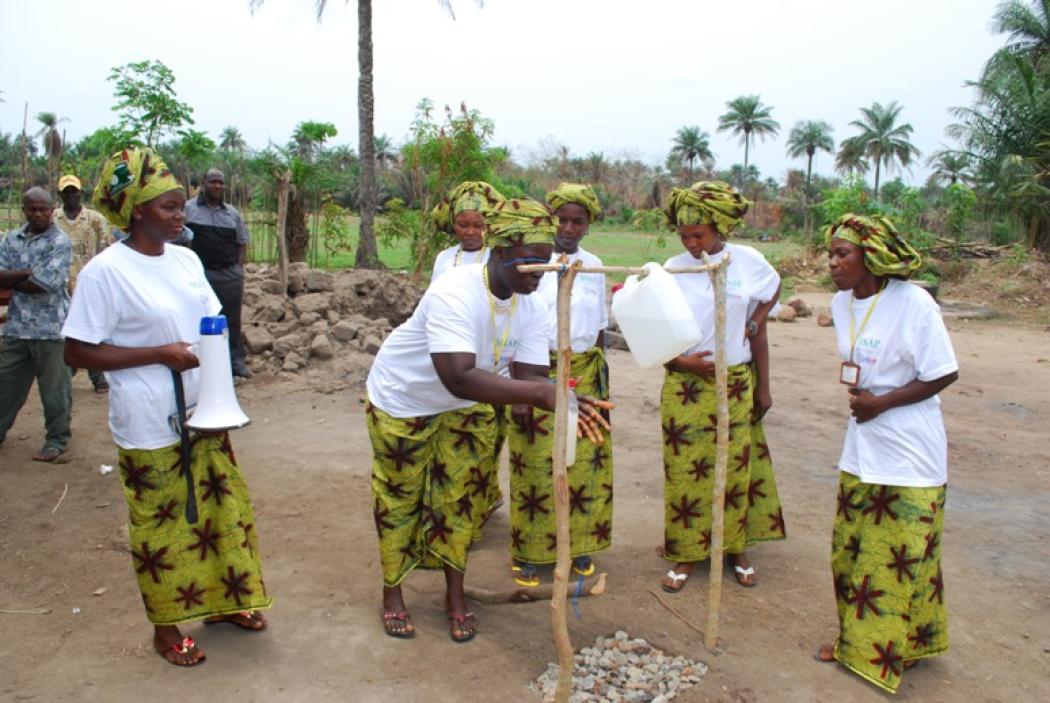 In a country where one in three children is malnourished, Aminta Shamit Koroma helps lead the fight against hunger as Sierra Leone’s national nutrition program manager. To do this, she depends on frontline health workers at the community level to make sure that nutrition services reach those who need them most. 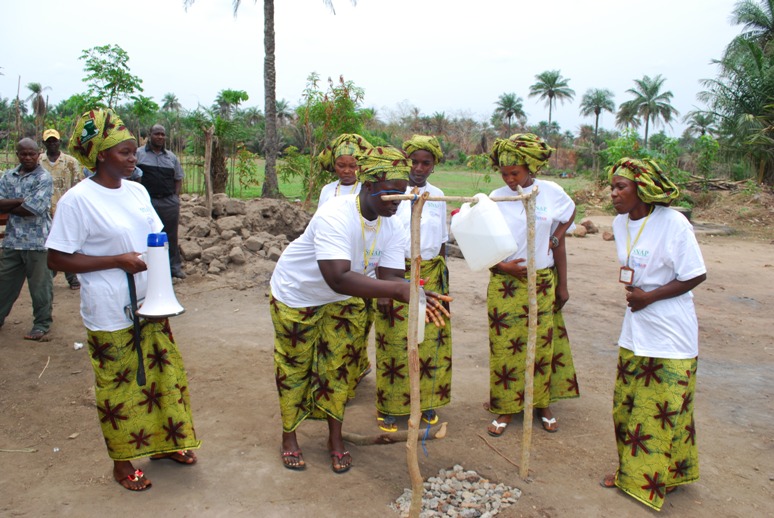 Growing up in Freetown, Aminata saw hungry kids around her neighborhood every day and then, like now, she would take them home to feed them. She always wanted to go into medicine, but says her hands were too unsteady for dissection. It was while attending university that she realized being a nutritionist would allow her to take care of sick people without having to pick up a scalpel. So she went to graduate school in London to study nutrition before returning to Sierra Leone to take a position with the Ministry of Health.

Then a war of extreme brutality broke out. The lucky ones fled, albeit with nothing. Aminata was among them. She ended up in Maryland, where she worked for nearly a decade while waiting (and waiting) for the fighting to stop and peace to hold. All the while, she thought of home and how she would make it back one day.

In 2007, Aminata was finally able to return to Sierra Leone and in 2009, she started working for the government again as its national nutrition program manager. That same year, Sierra Leone was ranked among the five countries with the highest global hunger index score by the International Food Policy Research Institute. Roughly 70 percent of Sierra Leone’s population lives in poverty and one-third of the country’s children under age 5 suffer from chronic malnutrition (ACDI/ VOCA).

When Aminata was hired, only four districts had nutritionists. Today, thanks to her aggressive recruitment efforts and persistent advocacy, all 13 of Sierra Leone’s districts have at least one nutritionist. There are four national Officers for the Community Management of Acute Malnutrition (CMAM), Infant and Young Child Feeding (IYCF), and nutrition surveillance, as well as four clinical nutritionists at the hospital level. To implement national policies at the community level, non-governmental organizations like International Medical Corps help manage Sierra Leone’s IYCF and CMAM programs with the help of dedicated frontline health workers hired directly from the communities in which they work.

Aminata and the frontline health workers implementing nutrition programs in Sierra Leone have dramatically increased nutritional coverage across the country and are reaching far more people than ever before. Says Aminata, “It is so rewarding to see malnourished children come in and get better,” and it will be “that much more rewarding when the malnutrition rates go down.”
Although malnutrition is a complex ailment easily exacerbated by medical complications, to Aminata, the appeal of being a nutritionist is that “you can see people get well right before your eyes.” She has watched countless children and women recover quickly with “just nutritious food and proper care.” And while it remains critical to address the myriad complexities of nutrition, it does not intrinsically make sense why some people get enough food and others do not. It should be simple; we should be able to get this right.

With people like Aminata and the frontline health workers of Sierra Leone at the helm, and the continued support of partners like USAID, we just might one day.