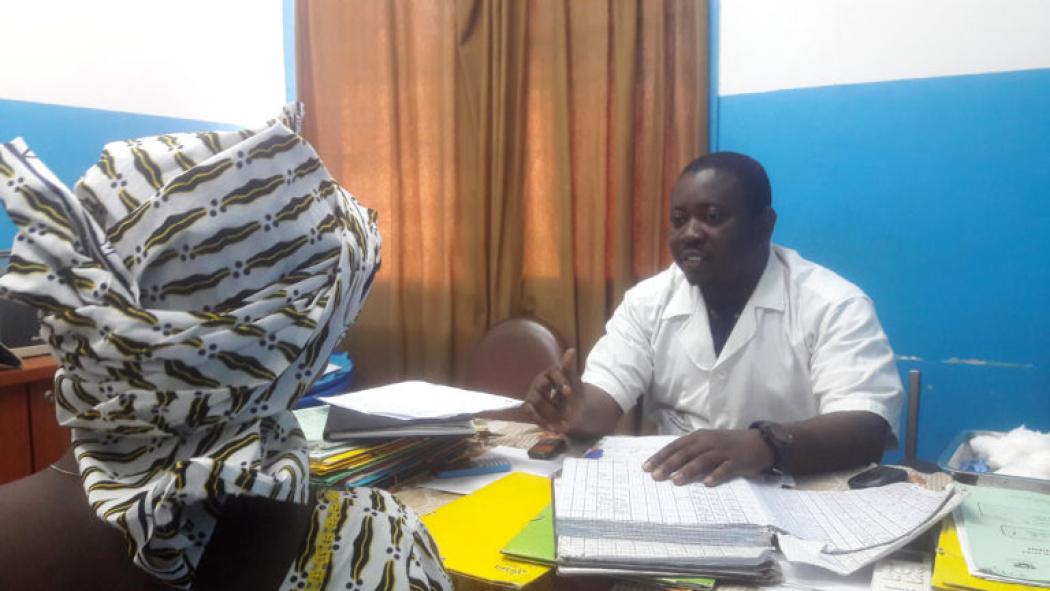 My name is Franck Gnanzou.* I am a social worker with the Elizabeth Glaser Pediatric AIDS Foundation in Côte d’Ivoire. I work at Hospital General Abobo and support HIV testing, counseling, and disclosure.  Recently, after extensive training on index testing, I adapted my work style in order to maximize the ability to reach more patients and their partners that test positive for HIV.

While tremendous progress has been made, for many, an HIV diagnosis is still a scary prospect. I am usually the patient’s first contact when they are faced with their results. The beginning of the counseling process is very important and can determine the success or failure of a patient’s adherence to proper treatment and care. Before the training, I was not as well equipped to offer the patient the right type of guidance in order for them to follow the right protocol for disclosure to their partners. 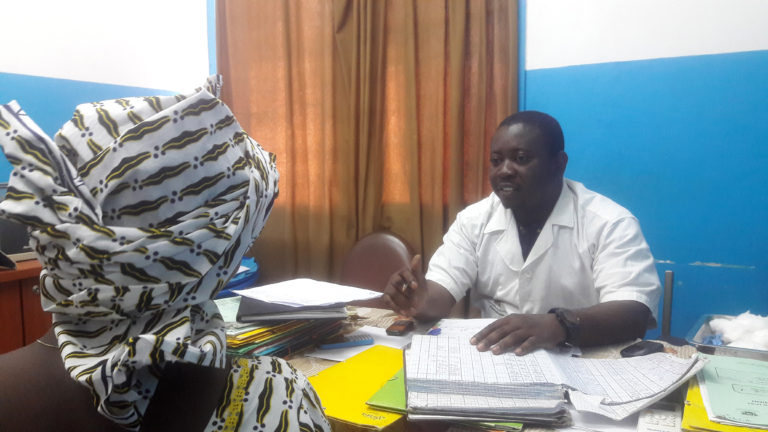 Now, things are different. I have learned how to make myself available and fully involved with the patient to build a trusting and confidential relationship in order to get as much information as possible to help the patient and their sexual partners.

The training helped me realize how serious this issue is, and that we can reach more people if we test more people. But I had to learn this the hard way first.

I have learned how to make myself available and fully involved with the patient to build a trusting and confidential relationship in order to get as much information as possible. Franck Gnanzou, Social Worker

A few months ago, I received a list of patients who are lost to follow-up—meaning that they received HIV services in our facility, but failed to return for their prescription or medical appointments. I noticed the name of a four-year-old child on that list and called the mother to inquire about his whereabouts. The mother, who is HIV positive, refused to bring her son to the hospital and was very evasive in her response. She had several excuses to explain her missing the appointments.  I decided to call the father, who said he would bring his son to the clinic. He assured me that he provided financial support to his wife and did not understand why their child was still not in better health. The father suspected that his son had HIV and asked me for further explanation. I told him to ask his wife and he ended up crying in the hall of the hospital for two hours. I was at a loss for words to comfort him.

When he went back home, he called his in-laws for a meeting that same day and announced that he wanted a divorce because he felt that his wife was trying to harm their child.  The wife moved out of the house immediately and called me to insult me and blame me for her divorce.  She said that she did not want to hear anything about HIV anymore and that I would be responsible if anything worse should happen to either her or her child.  This event shocked me to my core and left me devastated.

During that period, luckily, I took part in a training organized by EGPAF on index testing as part of the program’s response to reach the first 90-90-90 goal to diagnose 90% of all HIV-positive individuals. EGPAF’s strategy, called “index testing”, aims to identify sexual partners of HIV+ patients in order to test them and enroll them in care and treatment.

The training gave me the tools, strategies, and methods that I need to test and counsel patients and their sexual partners.

I am now more successful in reaching vulnerable populations and helping to keep families together, healthy, and thriving.

The day after receiving the training, I contacted the father back and convinced him to come to the clinic for a test. He was HIV negative. I then proceeded to ask him to take his wife back and showed him the whole picture. He realized that his wife was scared of disclosing her status to him for fear of rejection. He decided to call his wife and ask her to come back to him. Right there in my office, the couple reconciled on the phone and both the mother and the child are enrolled in care and doing well.

While this experience was challenging, I also worked hard to change the outcome. Through my index testing training, I am now more successful in reaching vulnerable populations and helping to keep families together, healthy, and thriving.

*As told to Jacqueline Dreesen