From the halls of the United Nations, to the set of Good Morning America, to the cheers from 75,000 gathered for a concert in Central Park – a common refrain reverberated in New York City last week: “health workers count.”

Now, the global health community must show that health workers count is more than a catchphrase starting next month in Brazil. 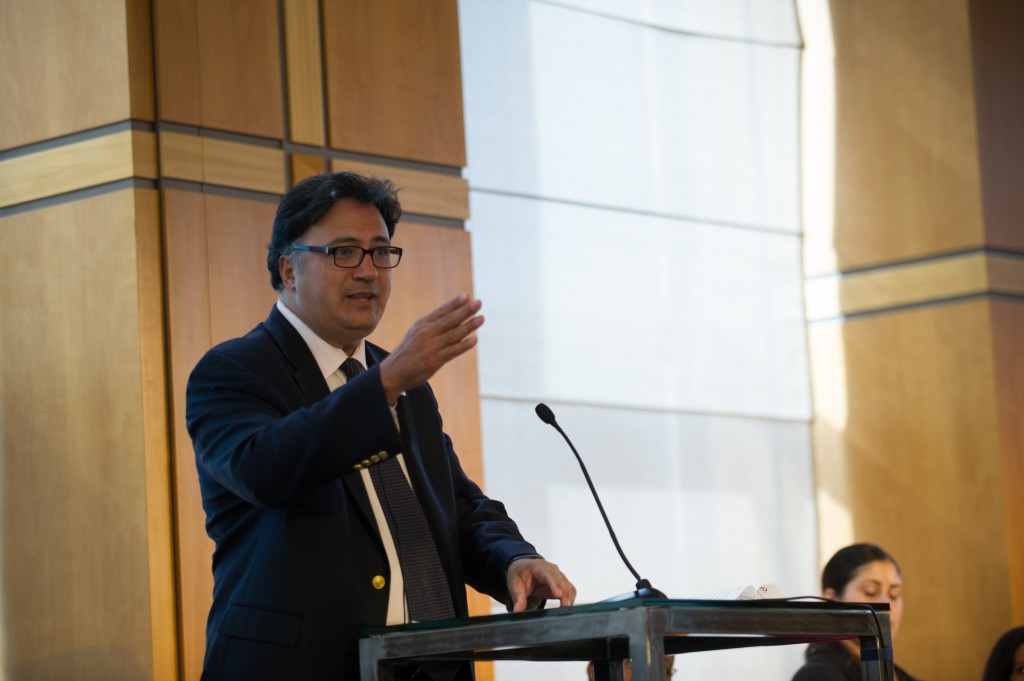 But let’s go back to last week, when world leaders gathered for the U.N. General Assembly and a special summit on achieving the Millennium Development Goals (MDGs), along with hundreds of side events and meetings.

As things got going with the MDG summit, praise for Ethiopia was humming off the lips of global health leaders left and right as news spread that the country reached its MDG 4 target on reducing child mortality two years early. Child mortality has been slashed 67% in Ethiopia since 1990. The country’s health minister, Dr. Kesetebirhan Admasu, in a Guardian piece credited the work of the deployment of more than 36,000 “amazing community health workers” to enable the country to achieve the target. The sentiment was echoed by Melinda Gates and other global leaders throughout the week.

A joint U.N. agency statement on MDG progress noted that evidence from Ethiopia and other countries supports “substantially increased investments in community health workers – including midwives – to reach those who are unreached.”

However, according to many luminaries in the field, there is not nearly enough focus on frontline health workers to achieve the MDGs and emerging post-2015 development goals. The Independent Expert Review Group to the UN secretary general on the Every Woman, Every Child Campaign called for a "decade of action" to "make health professionals count.” The group, co-chaired by Richard Horton and Joy Phumaphi, reported to the UN Secretary-General Ban Ki-moon that the Every Woman, Every Child Campaign has surprisingly “yet to grasp the centrality of the [health] workforce in accelerating progress” toward the campaign’s goal to save the lives of 16 million women and children by 2015.

So, what to do to make health workers really count? First step, giving them the respect and admiration they deserve. Mary Beth Powers, chair of the Frontline Health Workers Coalition and Newborn and Child Survival Campaign Chief at Save the Children, kicked off the opening of nominations for The REAL Awards on Good Morning America. Now in its second year, The REAL Awards honors health workers worldwide and recognizes the lifesaving work they perform daily. The awards have already had a tremendous influx of nominations on www.theREALawards.com, and nominations are still open until Oct. 25.

Beyond recognition, leaders last week emphasized that to make health workers count, it’s a must that strong political commitments are made to place robust health workforces at the center of every health system. That political commitment was on display in droves in front of 75,000 strong in Central Park and millions tuning in on webcast to the Global Citizen festival Saturday. Amidst a set of performances by big-name rock stars, Prof. Jeffrey Sachs of the Earth Institute at Columbia University with the help of actress Olivia Wilde brought out speaker after speaker making commitments to support the work of the 1 Million Community Health Workers Campaign. Joyce Banda, president of Malawi, told the crowd Malawi will increase the number of community health workers in her country from 10,000 to 27,000 by 2015. Seth Berkley, CEO of the GAVI Alliance, reminded the crowd that “vaccines don’t deliver themselves” and pledged GAVI’s support for training community health workers in sub-Saharan Africa.

How do we harness last week’s energy toward tangible and sustainable progress? U.S. Agency for International Development global health chief Ariel Pablos-Mendez at an event sponsored by Johnson & Johnson, said the 3rd Global Forum on Human Resources for Health Nov. 10-13 in Recife, Brazil, presents an opportunity to rally around building a solid vision for strengthening the health workforce to deliver on  global health goals in 2015 and beyond. Many of the 35+ member organizations of the Frontline Health Workers Coalition will be there in Recife advocating for such a vision to ensure that, indeed, health workers count.