Health Worker Advocates: Who Are You Here for in 2019? 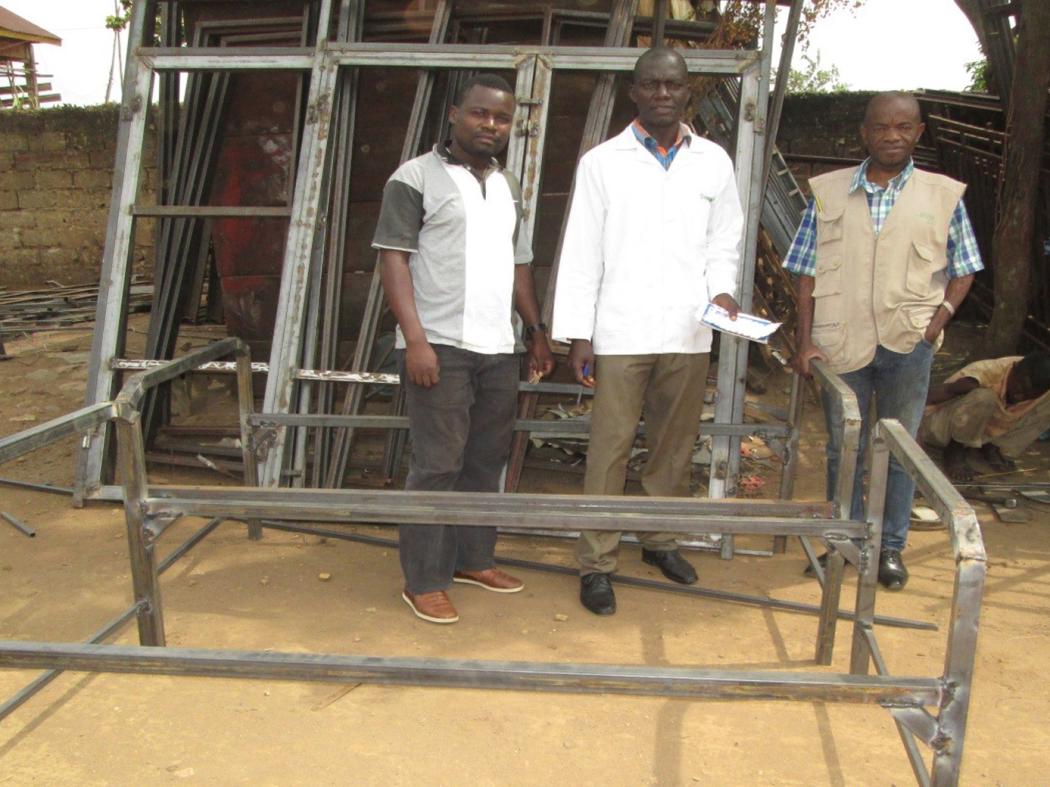 Elie (right), head nurse at a health facility in the north Kivu region of the Democratic Republic of Congo, helps repair a hospital bed.

A new year begins full of promise, with a clean calendar and a new work plan. As we face a flurry of activity, I ask you to stop.

Yes, that’s right—put down your pens, close your screens, and take a short pause, just a bit—to ask yourself:

If you are sitting in an office, far removed from the impact of your work, it can be easy to lose focus on those to who are counting on us.

Who is counting on you?

Elie counts on me.

Elie is the head nurse of a health facility in the north Kivu region of the Democratic Republic of Congo (DRC), which has been in conflict since 2004. Living in the city of Beni, Elie often wakes up uncertain of how the many rebel groups operating in the area may affect his life and his work that day. His own children were evacuated to another village, Butemo, when the rebel attacks became so frequent that the schools had to close.

People living around Beni, some villagers and others refugees, who have escaped from other communities and are hiding in the forest, are many times too afraid to travel to the health center when they need medical attention. Frontline health workers like Elie are in short supply, overworked, and severely challenged with the difficulties of bringing in food, fresh water, and medicine. Both patients and health workers are at risk as several times the health facility has fallen under siege. Still, Elie is determined to stay, because people need him. He and his colleagues monitor pregnant women, deliver babies, treat newborns and young children, and tend to the wounded and traumatized. They are steadfast in their commitment to providing quality care to all that need it, as Elie leads the team in monitoring their performance and their hand-washing habits.

Last August, the DRC was hit with yet another blow—a return of Ebola. As of January 15, the World Health Organization (WHO) reports 663 cases and 407 deaths, almost all in the north Kivu province. This region is particularly at risk as violence from multiple rebel groups have thwarted efforts to disseminate information, preventative supplies, and vaccinations to families spread across the conflict zone. A recent deadly attack in the area resulted in 12 civilian deaths. Elie and his family have been lucky enough to be vaccinated with the new, experimental Ebola vaccine; yet not all have been so lucky.

Elie and I keep in touch as often as we can. He sends me regular emails and he has developed a community of practice that links his friends and partners from across the global health community. We are all humbled through his stories of courage and sacrifice. I am continuously impressed at Elie’s determined persistence, as he cares for his family, who suffer their own health challenges resulting from the conflict, while seeking every opportunity for additional work that will bring more knowledge and capacity to his frontline team. Recently Elie received a consultancy from the WHO to carry out polio research in the area. He has also received various small grants that keep the health facility functioning as the need grows.

I met Elie several years ago through the International Council of Nurses’ Global Nursing Leadership Institute. The Nursing Now Campaign celebrates nurses like Elie, who are “are closest to the community. They are at the heart of most teams, playing a crucial role in health promotion, disease prevention, and treatment.”  IThe Frontline Health Workers Coalition, of which I'm a member, is a supporter of the Nursing Now Campaign because it too celebrates nurses, and advocates for increased investment in all frontline health workers.

Elie’s story of strife and self-determination is not unique. Like so many of the frontline providers I have come to know in my 15 years of working in global health, Elie has a great capacity for self-reliance and resilience; and he teaches us every day.

I admire Elie, and all of the doctors, nurses, midwives, and selfless frontline health workers around the world who serve their clients, their communities, and their families. They are why I am here. They are who I am here for. I count on them to teach me, to inspire me.

On the days when you are not able to feel the direct impact of your work, remember those you have met who count on you. As you get back to your work—they will inspire you.