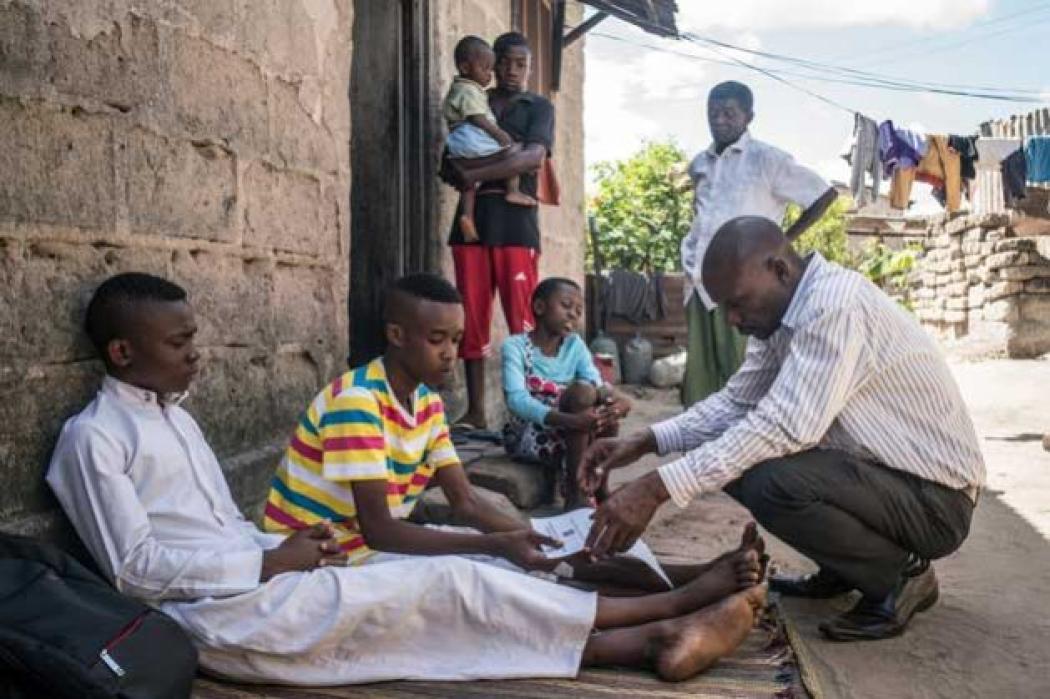 WASHINGTON DC, Sep 24 2018 (IPS) - “I’m alive because of support from my family and the community health worker who brought medicine directly to my house, accompanied me during treatment and gave me hope. Without care and human support, there’s no way I could be here today,” says Melquiades Huauya, a survivor of multi-drug resistant tuberculosis (MDR-TB) from Peru.

From his harrowing experience with tuberculosis (TB), Huauya now knows a lot about how to stop it, the world’s biggest infectious disease killer. The disease, which claims about 4300 lives a day, is the subject of a United Nations’ High-Level Meeting on September 26 in New York, alongside the 73rd General Assembly.

Tuberculosis is an airborne bacterial infection that is preventable and curable, with the right medication. But, as Melquiades Huauya experienced, in addition to appropriate medication, it is “human support” that makes the difference between life and death.

Miriam Were, a noted Kenyan medical doctor and public health expert, states in a recent online presentation that community health workers are essential to providing culturally sensitive care and overcoming the distrust and “social distance” that keeps people from accessing the formal health care system and getting cured of diseases like TB.

Health facilities can also be many hours away from people’s homes, a common barrier to accessing care. As a result, of the 10 million people developing TB every year, 3.6 million are “missed” by the formal system and are unreported, and likely going untreated. In ten of the countries with high TB burdens, more than 45 percent of the people with TB are “missed.”

This includes children, who are highly vulnerable to TB. By fully tapping the potential of community health workers, we can identify and locate these people, connect them to care, and, ultimately, reduce and prevent further TB infections and other health conditions.

Consider the investment case by the South African Medical Research Council, issued in May 2018, entitled “Saving lives, saving costs.” The researchers found that an expanded and well-supported network of community health workers would have enormous benefits for South Africa, translating into 33,064 MDR-TB averted cases and saving 60,642 livesover a 10-year period.

According to the researchers, while such a strategy requires significant financial investment initially, the cost-saving will, ultimately, be more than offset by preventing the disease and costly hospitalization.

By recruiting previously unemployed people from the same disadvantaged communities to visit the homes of TB patients and seek out others in need of TB screening, the economy will also benefit. And, according to the analysis, other health issues can also be addressed through this approach, including HIV/AIDS, maternal and child health, and hypertension.

Several countries are already using an expanded network of community health workers to stop TB, similar to the program in Peru, which was so crucial to Huauya’s recovery. In 2003, Ethiopia began training and employing female village-based health workers, called health extension workers, to regularly visit households in their villages to implement basic packages of healthcare.

These visits have identified people with TB and given essential support to patients already taking the long course of treatment. This has helped deliver very impressive results, with the country seeing a significant reduction in TB. Pakistan and Bangladesh have also successfully used community health workers to reduce TB.

Still, there are also major challenges facing community health workers. Were says most abandon their jobs when they realize it is a dead-end, without prospects of advancement; attrition is as high as 70 percent in some places.

She emphasizes that community health workers need adequate training, supervision, and remuneration to keep serving their communities. They also need back-up from qualified nurses and doctors to whom they can refer patients.

Care-givers also need care themselves. Frontline health workers are frequently exposed to TB and other health risks due to inadequate protection, such as masks and respirators, or environmental measures to lessen the danger.

The result is that healthcare personnel have significantly higher rates of developing TB, including often-deadly MDR-TB , as documented by the South African organization, TB Proof.

Facing a three to six times increased risk, related inadequate working conditions and a lack of supplies or equipment, can lead to poor morale and high rates of attrition, further adversely affecting the quality of care.

Tuberculosis cannot be defeated unless these challenges are addressed head-on. For the UN High Level Meeting, all member states have agreed on a Political Declaration on the Fight Against Tuberculosis, and it contains a key promise: that they “Commit to find the missing people with tuberculosis.”

To keep this promise, governments must lay out specific and costed plans for training, protecting and compensating the frontline health care workers who do the hard work of going out into the community, even going door-to-door, to find people in need and give them hope. As Were puts it, “If it doesn’t happen in the community, it doesn’t happen.”

This post was originally published by the Inter Press Service News Agency.